What is an expanded world in Minecraft

Some parameters for world generation can be set individually in buffet worlds.

What is significant, first of all, is the fact that the world at all generated becomes. In many computer games, the scenes through which the player moves are not generated, but rather pre-produced by artists. These can be two-dimensional or three-dimensional interiors of palaces or spaceships, but also scenery-like landscapes, such as those used in adventure games.

In contrast to this are the generated landscapes, such as those shown in Minecraft can be used. But star systems can just as easily be generated in space. In which procedural generation The landscape does not exist in advance. Whenever a new part of the landscape is required, a procedure is called that generates a random-looking landscape. This makes it possible to create landscapes of almost any size that are only limited by technical boundary conditions (storage space, maximum values ​​of variables). 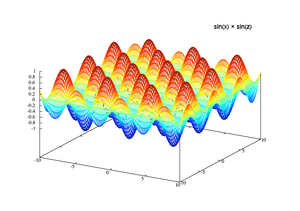 A slight change leads to what calculates a height value Y that is between 32 and 128 for each position (X / Z). The entire landscape is calculated, it is, so to speak, the three-dimensional graph of a function. For each position (X / Z) a unique Y-value is delivered, which fits to its neighbor without connection problems. In Minecraft this becomes clear when teleporting to a distant place. A landscape is then generated there. This lies apart from the already existing landscape like an island in nowhere. If you now walk back to the starting point, the nothing in between is filled with landscape, the fits exactly to the already generated landscape.

In addition to generating the surface, the same process is also used for rivers and caves, so that these always have a suitable connection when new parts of the landscape are generated.

You could go even further and generate the texture of the landscape, with different shades and patterns. But Minecraft uses pre-produced textures. Therefore, for example, all earth blocks look the same. The Minecraft-World is a mixture of procedurally generated landscape and prefabricated textures.

The first generation of the world is started with the menu item "Create new world": 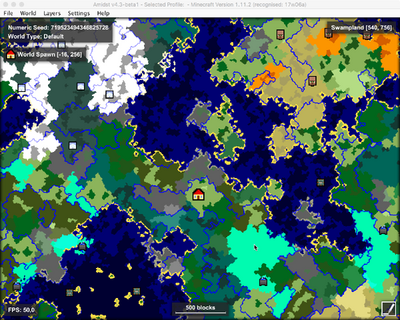 Overview of biome generation with AMIDST 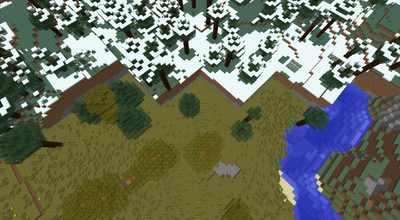 Sharp dividing edges when changing the biome code (old: Taiga, new: savanna). You can see that the world is generated in chunks, but also that the biome decoration (including trees) is not based on the chunks. That is why there are spruces in the middle of the savannah.

Difference in generation in other Minecraft editions

Basically, there is no difference in the generation of the world in other Minecraft editions. There are only minor modifications in the generator in the world size and in the size of the section held in the main memory, which are described in the following.

This also applies to the two XBox editions.

Since those in the Playstation editions The existing render distances may differ depending on the detected performance and the size of the hard drive, the limits of the world generation cannot be set.

For the Wii U Edition no information is available yet.

Since the Pi edition is based on an old Pocket Edition, it should correspond to this in the points mentioned.

On March 9, 2011, in the beta phase of game development, Notch started one Report on the state of the world generation at that timewhich he unfortunately never finished.[1]