How do cell phone masts work

Radio interface in cellular communications: This is how a cell phone transmits 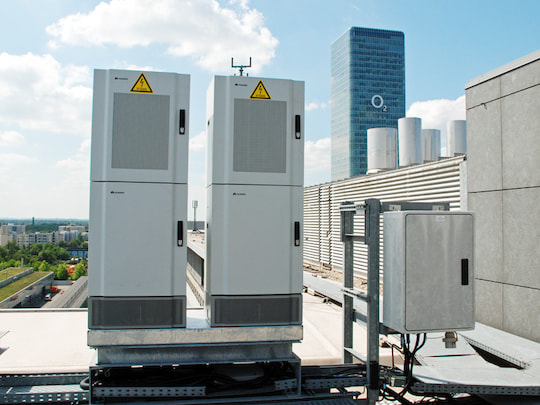 Two BTS cabinets for UMTS and GSM. The signal is sent to the transmission mast via HF cables
Photo: teltarif.de There are currently three cellular standards in use in Germany: GSM (2G), UMTS (3G) and LTE (4G). There are corresponding extensions for GSM, UMTS and LTE, which mainly affect the data speed. These are EDGE, HSPA (3.5G) and LTE-Advanced (4.5G). GSM, UMTS and LTE are usually three completely separate networks on the radio level. Theoretically, it would be possible to emit the same transmission elements, but in practice this is rarely done.

In this country, cellular networks work with a method that couples two possible transmission principles of an air interface: On the one hand, it is possible that a frequency for downlink and uplink (i.e. parts of the conversation between the cell phone and cell phone mast) is divided in time and divided into the one and another fraction is sent in the other direction (technical term Time Division Duplex, TDD). This is used, for example, with DECT telephones. Variant two is called Frequency Division Duplex (FDD). Here, a participant has a fixed frequency for the receiving direction and a fixed frequency for the sending direction for the duration of his conversation. Another decisive difference: with FDD a frequency pair is used, with TDD only one frequency. The combination looks like a cell phone user initially uses different frequencies for each transmission direction. It can be the case that an O2 customer receives his partner on the 930.1 MHz frequency during a call, but transmits himself on 885.1 MHz. However, the corresponding O2 customer does not use these two frequencies alone; depending on the configuration of the transmitter, six or seven further calls can take place on the same frequencies without the participants disturbing each other.

The change of the time slots and thus the time window in which the voice data is transmitted takes place so quickly that the human ear cannot perceive it. This can be compared to a movie that consists of 25 individual images per second. The length of such a time slot is 577 microseconds.

With GSM, each channel contains 8 time slots that are allowed to access the medium one after the other. Eight users share this channel, which means: User one is only allowed to send data again when users two to eight have transmitted their data. By compressing the spoken word in the remaining seven time slots, the mobile phone and network manage to transmit the entire speech in this small time frame. Signaling data, such as the authentication data transmitted when a call is set up, but also SMS, are also transmitted via such a time slot.

Not all frequencies can be used at one location 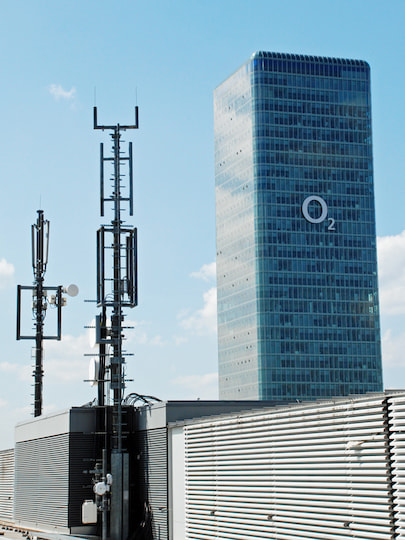 The signal then goes from the transmitter mast to the cell phones. Recognizable on the mast: the radio relay dish for transporting the data to the next controller.
Photo: teltarif.de Each cell needs at least two slots for this signaling and the synchronization of the cell phones with the base stations. Not all GSM frequencies can be used in every location because they would overlap. This is why one speaks here of a re-use factor, which can be of different levels. This means that around a transmitter mast in a honeycomb-like shape, other masts each with different frequencies must be built and only then can the same frequency be used again.

In other words: a network operator only has a part of the actually available frequency amount available per mast. Failure to comply with the re-use factor can lead to disruptions. Exception: Small and micro transmitters (picocells) that only radiate a few meters but increase capacity can also be set up within a transmission mast radius, as their transmission line is so small that they do not interfere with the next transmission mast.

On the next page you can read how the transmission masts are equipped in practice and what distinguishes GSM from UMTS.