Will Netflix ever offer sports?

AT&T boss John Stankey recently explained concrete growth plans for HBO Max in a conversation with the business broadcaster CNBC. The CEO of the most important US telecommunications group makes it clear that he sees considerable potential for the streamer of the subsidiary WarnerMedia and, in the medium term, alongside Netflix to the two global leading streaming providers. In the USA in particular, many viewers would opt for more than one streaming subscription.

"Have glorious days ahead of us" 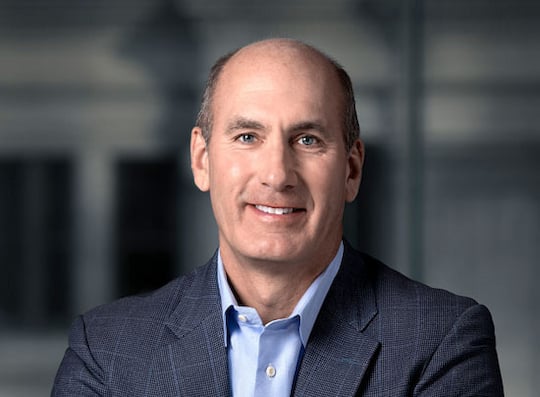 AT&T CEO John Stankey
Photo: AT&T Overall, the development of HBO Max is still at the beginning. HBO has reinvented itself over and over again since it was founded in 1972, and streaming is another chapter in this reinvention. In the first quarter of this year, HBO and the streaming subsidiary HBO Max won 2.7 million new subscribers in the USA, while the service is also being rolled out internationally. Outside the US, you can now reach almost 64 million subscribers. The manager is satisfied with the current position in the highly competitive streaming market.

In order to reach other customer groups, they want to offer a cheaper, advertising-financed version of HBO Max in addition to the premium price model (US $ 14.99 per month). Details are not yet completely clear, but this variant is unlikely to contain any movie premieres from Warner Bros. With the current pricing model, however, HBO Max is more expensive than competitors such as Disney + and Netflix in the US market.

In an interview, Stankey once again praised Netflix as a "very solid product". Nevertheless, he still sees great potential for HBO Max in the US market, two-thirds of US households would choose more than one streaming service and HBO Max wants to be one of these products. It doesn't matter whether subscribers opt for the premium or advertising-financed version of the service. For AT&T, both would contribute equally to growth in this segment.

The current AT&T CEO was already at the helm of the subsidiary WarnerMedia and was accordingly responsible for the development of HBO Max as well as the license agreements with partners abroad. In Germany, an exclusive output deal was extended in 2019, which has so far slowed HBO Max's quick start in this country. The current WarnerMedia CEO Jason Kilar is particularly dissatisfied with this situation.

Can HBO Max catch up internationally?

WarnerMedia undoubtedly has a very high-quality range of films and series, but is currently unable to exploit this potential itself on the international market due to existing license agreements. This is clearly due to strategic mistakes that still fall during John Stankey's tenure at WarnerMedia. So you could be a lot further in global expansion and maybe even have left your competitor Netflix behind.

Existing contracts between WarnerMedia and Sky are expected to continue until 2025. In the fast-paced streaming business, it's half an eternity in which Netflix and Disney are sure to expand their global lead with attractive content. It will then be all the more difficult for HBO Max in Germany to convince their customers to subscribe to HBO Max. Especially if the monthly price is also significantly higher.

By 2025, HBO Max aims to gain half of its subscribers outside of the US.