How can Las Vegas save water

The gambling metropolis Las Vegas, famous for a life in abundance, has developed into the USA's water-saving champion in recent years. More than half of the water used in showers and toilets is treated and reused. But the efforts are not enough: the water consumption is still far too high.

This article is older than a year.

According to the local water authority, a Las Vegas resident uses 446 liters per day - three times more than an Austrian who needs an average of 135 liters per day. The main reason for the high consumption is landscape irrigation. The authorities in Las Vegas estimate that one square meter of grass needs around 210 liters of water a year.

In recent years, the number of lawns has been drastically reduced, among other things because Las Vegas pays a premium when homeowners put desert plants in their garden instead of a green lawn. More than half of the residents took advantage of the offer. Grass areas in the front yard of new buildings are now prohibited. In addition, the water prices are staggered - the more water a household uses, the more expensive it becomes. 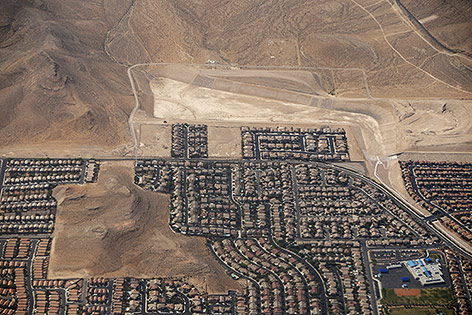 Anyone who insists on lawn and has equipped it with automatic irrigation will be monitored by their own water cops. They make sure that no water is wasted. If the water flows onto the sidewalk because the system is incorrectly adjusted or the ground is oversaturated, a warning is given first and, if no countermeasures are taken, a penalty is given.

The irrigation times are also precisely regulated; in winter, for example, the lawn may only be watered once a week, in summer daily - but only in the cooler half of the day. Golf course operators who cannot get by with their water quota also have to pay fines. Car washing is also subject to strict regulations.

The famous fountains and lakes in Las Vegas consume around seven percent of the water reserves of southern Nevada, with the fountains in particular having the water circulated and only water that has evaporated is refilled. Significantly more water is required to cool the many high-rise buildings - the fact that Las Vegas has specifically encouraged influx and correspondingly many new buildings in recent years is an additional burden on the city.

Third drain for reservoir is being built

More than half of the water used in showers, washing machines and toilets is treated and reused. To do this, the water is pumped back into Lake Mead, the largest reservoir in the USA, which supplies many US states with water from the Colorado River and with energy from hydropower. But Lake Mead is also running out of water and the level is falling continuously. 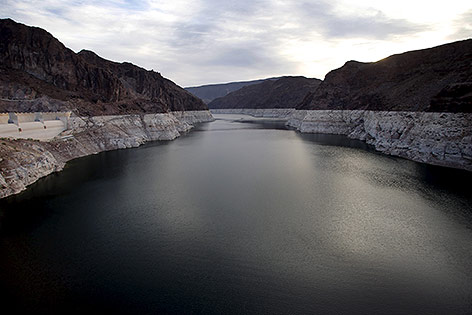 The drop in the water level in Lake Mead is obvious

The water level of the reservoir has reached a historic low of 330 meters, around 40 meters less than when the lake is fully dammed, writes the “Frankfurter Allgemeine Zeitung” (“FAZ”). Because the two previous drains could soon be dry, a third drain has now been installed at the bottom of the lake. According to the latest schedule, which was also hampered by the difficult geological conditions, it is to be put into operation this year.

Water consumption reduced by a third

Meanwhile, many immigrant residents of the region have become aware that the city is in the middle of the desert and that the same rules do not apply as in the Midwest of the USA, a representative of the water authority told "USA Today". According to the authorities, Las Vegas has already been able to reduce water consumption by a third with the various measures in recent years. If the drought persists, Las Vegas will probably have to save even more water.