What is the doctrine of the Egyptian army

920,000 soldiers and commanders, 440,000 army employees, plus almost half a million reservists: the Egyptian army is one of the most powerful in the world. On the recently published "Global Firepower Index" it ranks ninth out of 138 armies analyzed worldwide.

The Egyptian army is strong not only in terms of personnel, but also in terms of equipment. It has 1054 aircraft, including 215 fighter jets and 81 attack helicopters. They also have over 4,295 tanks and 11,700 armored vehicles, as well as almost 1,100 rocket launchers.

The numbers are modest compared to the strongest army in the world - the US Army. It is almost 2.3 million soldiers and commanders strong, has almost 13,300 aircraft and almost 6,300 tanks.

But the Egyptian army is by far the strongest in the Middle East and North Africa. It is followed by Turkey in eleventh place and Iran in 14th place. The strongest army in the Gulf region is the Saudi Army in 17th place. It has a military personnel of 803,000 men, 879 aircraft and 1,069 tanks.

Strength thanks to the peace treaty

In the past few years, Egypt has consistently held its own at the top. While the national army ranked 13th in 2014, it was in the same place in 2017 as it was this year. In the meantime, she has caught a slight slide in 2018. 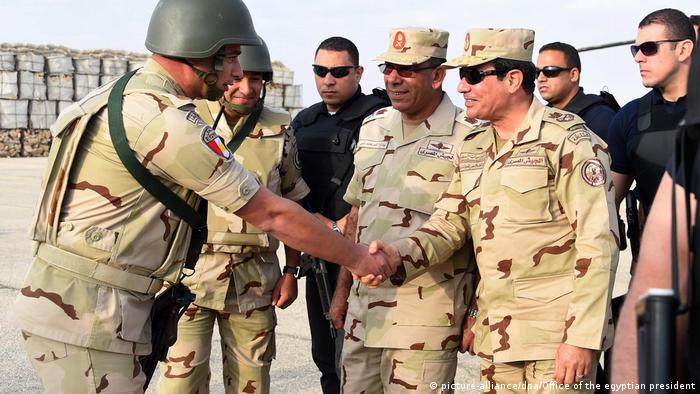 He is considered a strong man in the Egyptian army: President Abdel Fatah al-Sisi

The Egyptian military built and expanded its clout during the presidency of President Abdel Fatah al-Sisi. According to a study by the Carnegie Middle East Center, the rearmament is due to several factors: an increasing threat to national and regional security; increased pressure from Washington; the cooperation of the Egyptian military with other partners, especially Russia and France. Another factor is Al-Sisi's determination to stave off a potential coup.

"For these reasons, he is pushing for a much-needed revision of Egyptian military doctrine, arms procurement and the ability to work with allied forces," the Carnegie Center website said. It is unclear whether these reforms are accompanied by improvements in terms of training, maintenance and general readiness. 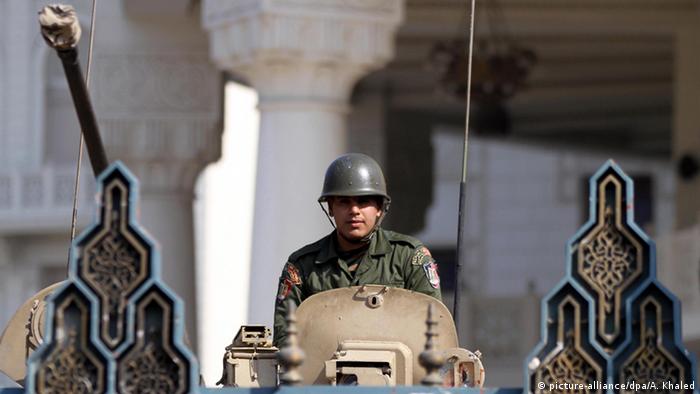 The domestic role of the military

The Egyptian military plays a role in domestic and foreign policy, says Günter Meyer in an interview with DW. Inside it is mainly used on the Sinai. Since the jihadist organization 'Islamic State' (IS) has been present there, the security situation in Sinai has deteriorated massively. "But despite a massive military presence, the government has not yet succeeded in bringing the Islamic State on the Sinai Peninsula under control or in destroying it. This shows that considerable domestic political problems remain unsolved."

The situation there has meanwhile also had an impact on the army's purchasing policy, adds Said Saddiki, an expert on international law and international relations at the University of Fez in Morocco. "The specific security challenges in Sinai are an important factor in the size and type of weapons the army acquires."

Above all, however, the army plays a role in Egyptian foreign policy. In Yemen, where Egypt is fighting against the Houthis as part of the international coalition led by Saudi Arabia, the country's army has carried out repeated bombings, according to the news magazine "Der Spiegel".

It also plays an important role in the Egyptian-Ethiopian conflict over the construction of a hydropower plant. For this purpose, Ethiopia wants to remove considerable amounts of water from the Blue Nile. "This would massively endanger the water supply in Egypt due to insufficient inflow," says Günter Meyer. "The existence of almost a hundred million Egyptians would be threatened. Egypt has repeatedly threatened to intervene militarily if a satisfactory solution is not found." 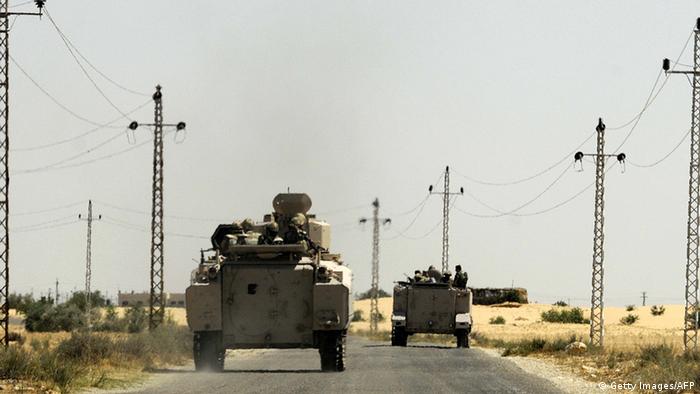 In the fight against the terrorist militia: Egyptian military vehicle on the Sinai

In Libya, too, Egypt sees itself challenged. After several years of civil war, the neighboring country has become the stage for an international proxy war. The government in Cairo fears that the Muslim Brotherhood could reorganize in the neighboring country after they were bloodily suppressed in Egypt during Al-Sisi's term of office. In fact, the Muslim Brotherhood in Libya is supported by Turkey and Qatar.

"In this proxy war, the Egyptian government has announced a military intervention," says Günter Meyer. "The government in Cairo is working closely with the government-in-exile in Tobruk. And it has announced that Turkey would launch an 'invasion' and the Cairo cabinet would ask Cairo for military intervention. That would then be an open conflict." How seriously such a scenario is taken in Cairo has been shown in the past few weeks when the army carried out several large maneuvers on the Egyptian Mediterranean coast.

But it is questionable whether the Egyptian army will actually dare to engage in an armed conflict with Turkey, said Said Saddiki in an interview with DW. "It is still unclear whether the army can really help to change the balance of power in Libya in favor of Egypt."