How do you survive a heat wave

Heatwave: Use these tricks to cool down in your home and office 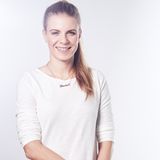 by Rachel Brozowski
Temperatures should reach up to 40 degrees next week. People suffer when the thermometer rises in summer. We have put together the best tips for you so that you can cool off as best as possible during the coming heat wave

According to meteorologists, a heat wave awaits us in the coming week. In some places more than 40 should then be displayed on the thermometer. "How am I supposed to survive this?", Many people ask themselves. Especially at night, when the temperatures do not drop properly and the bedrooms remain heated, there is no restful sleep in sight. Working in non-air-conditioned offices is also difficult. We have a few tips and tricks on how you can cool off as best as possible and thus survive the heat wave better.

Sleep better during the heat wave

Towel trick: this is how you can cool down bedrooms

Air conditioning systems are currently sold out in many places. No wonder: With the current heat wave, it is far too hot in the bedroom - you need to cool down! If you don't want to spend money on air conditioning, you can use a tried and tested trick. To do this, damp cotton cloths are hung in front of the open windows in the morning or in the evening, when the temperatures outside are a little cooler. Large tea towels or sheets are particularly suitable for this. When the moisture evaporates, heat is withdrawn from the environment, which at the same time creates a more pleasant room climate.

The same evaporation effect is achieved if a damp towel is hung over a clothes horse or chair directly in front of a fan. So that the towel stays moist for as long as possible (for example during the night), the towel can be attached in such a way that it hangs down in a large container with water and thus soaks up again and again.

It is important for both tricks that the towels are made of cotton and not synthetic.

Darken: This keeps the heat outside the door

This heatwave trick isn't entirely new, but it's so effective that it shouldn't be missing here. If the air is still fresh and cool in the morning (at least cooler than inside), you should ventilate. But be careful: As soon as the temperature outside rises and the sun begins to burn through the windows in your apartment, all windows and shutters or curtains should be closed in good time. The heat can thus - at least partially - remain locked out.

For some people it helps during a heat wave - at least when falling asleep - if the bed sheet is moistened in the freezer compartment before going to bed. Cooled back on the bed, it cools you down. This can also work well with socks or a hot water bottle. With the latter, however, please make sure that it is not on sensitive parts of the body (for example in the kidney area).

Take a shower before bed

A quick shower just before bed works wonders. It can cool down and relax the body for a while and thus make it easier for you to fall asleep. But the shower should by no means be freezing. The cold water on the skin promotes a stronger blood circulation and thus afterwards even more warmth. A lukewarm shower is more effective against the heat. It opens the pores and blood vessels: the body can then give off excess heat better. The heat wave can be forgotten for a moment ...

Make sure, however, that you wear sleeping clothes despite the heat and that you do not lie in a draft. Even if this seems refreshing to you, it can lead to a cold.

Work better during the heat wave

Window closed, sun protection in front of it

If offices are not air-conditioned, the same applies as for private apartments (see above). In the morning you should ventilate properly again as early as possible and then close the windows. In addition, the office should be darkened so that the sun cannot heat the rooms so much through the windows.

Be sure to choose linen or cotton clothing. Synthetic fabrics like polyester only make you sweat more. In addition, you smell quickly. The clothes should also not be too tight, but rather sit loosely. This makes it easier to survive the heat wave in the office.

Can you choose your working hours flexibly? Then you should go to the office as early as possible during the heat wave days. In the morning the temperatures are usually still bearable. They only reach their peak in the afternoon. Then if you start work early you could sit somewhere in the shade with a cool drink.

Would you like to cool down? This is how stars defy the heat

Cool the body with towels

If you are very hot, damp cloths can quickly cool you down. It is best to wrap these around the wrists and ankles or place them behind the neck. Also refreshing: put a saucepan with cold water under the table and hold your feet in it. Aaah ...

The appetite usually decreases with increasing heat anyway, but you should still make sure to eat as lightly as possible at high temperatures. A salad, cooked vegetables, fruit - none of that weighs down too much. Fatty and high-calorie food puts a strain on the body and makes the fight against the heat even more difficult.

We hope that one or the other tip can help you here. Get through the hot days and stay healthy!