What is the FatFritz Computer Chess Engine

The past year has been extraordinary for all of us. And that is no less true for computer chess. Many believe that thanks to AlphaZero and all the developments that were inspired by it, we saw the last great revolution in this field. The neural network technology created at the time was breathtaking and incredible. But while it is still being researched and improved, the chess world has now been enriched with another new development thanks to the Japanese board game Shogi. 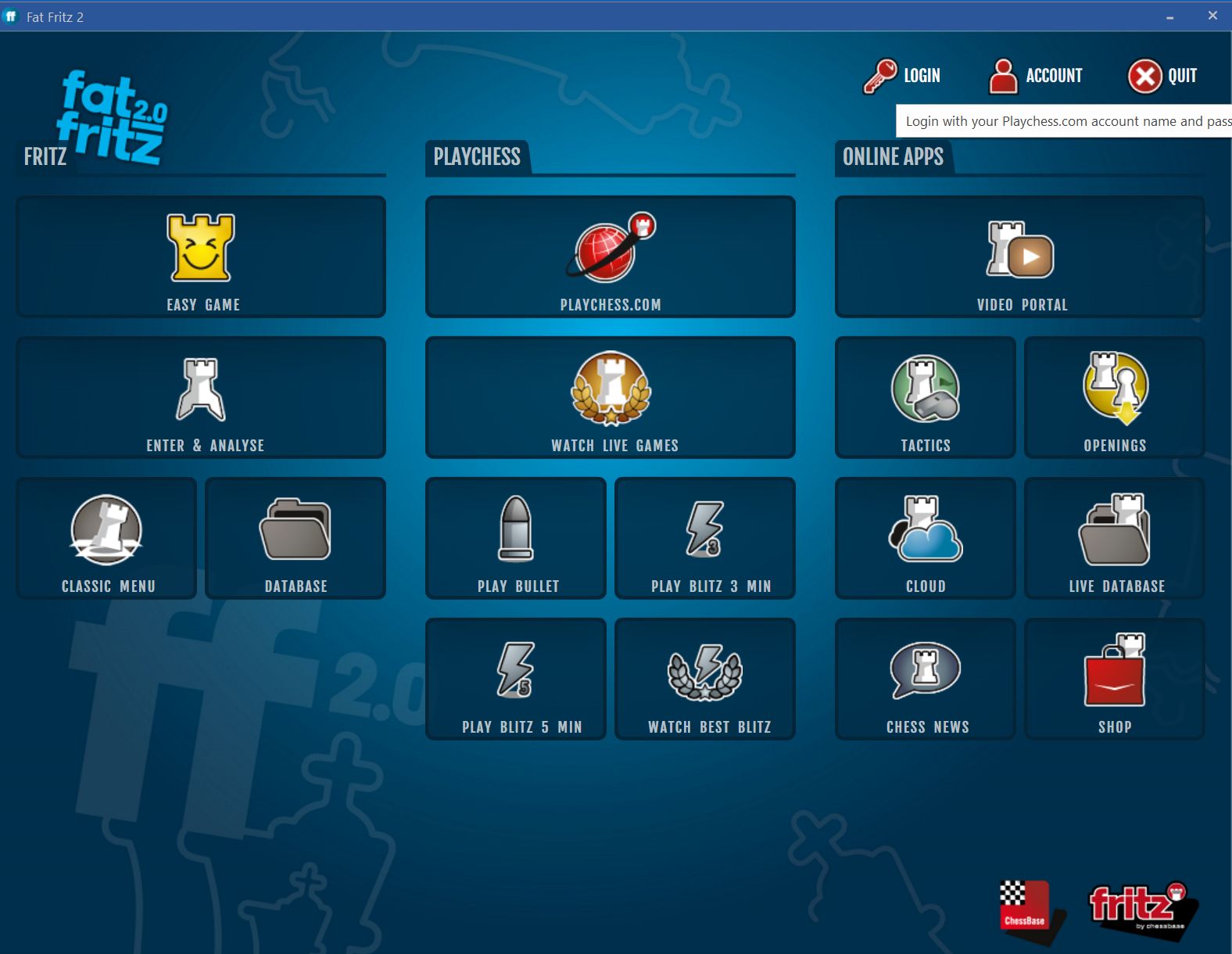 Although the AlphaZero neural network is extremely powerful overall - and consequently Leela and Fat Fritz too - it suffers from the need to use a GPU (i.e. graphics processor) for reading. Compared to conventional high-speed engines like Stockfisch and Komodo, the speed here is slowed down by a factor of 1,000. The fact that there was competition with these engines despite this handicap speaks volumes about the performance of these neural networks.

However, this also came with a price. The type of search that averaged the various good or bad results could fail in technical endgames or positions where surgical precision was required. The dream of combining a large and powerful neural network with the speed and accuracy of Stockfish's search initially seemed to stay what it was: a mere dream.

As chess players, we naturally see AlphaZero primarily as a chess machine development, although it is clear that Go was the origin. It is also easy to forget that the AlphaZero paper described its application for three strategy games, not two, the third being the Japanese chess game Shogi. It is therefore not surprising that the Shogi world was no less shaken by the AlphaZero paper. But instead of just trying to reproduce it, a Japanese programmer, Yu Nasu, developed and published a groundbreaking article for another neural network architecture called NNUE, inspired by DeepMind's success that ran at full strength solely on a computer processor with no graphics card.

Just like AlphaZero and the first edition of Fat Fritz, NNUE also builds its own chess knowledge by learning from chess positions and ratings. NNUE completely revolutionized Shogi programs and resulted in jumps of well over 100 Elo. Its developers shared their work with the chess world by adapting their open source Shogi NNUE code to the open source program Stockfish. 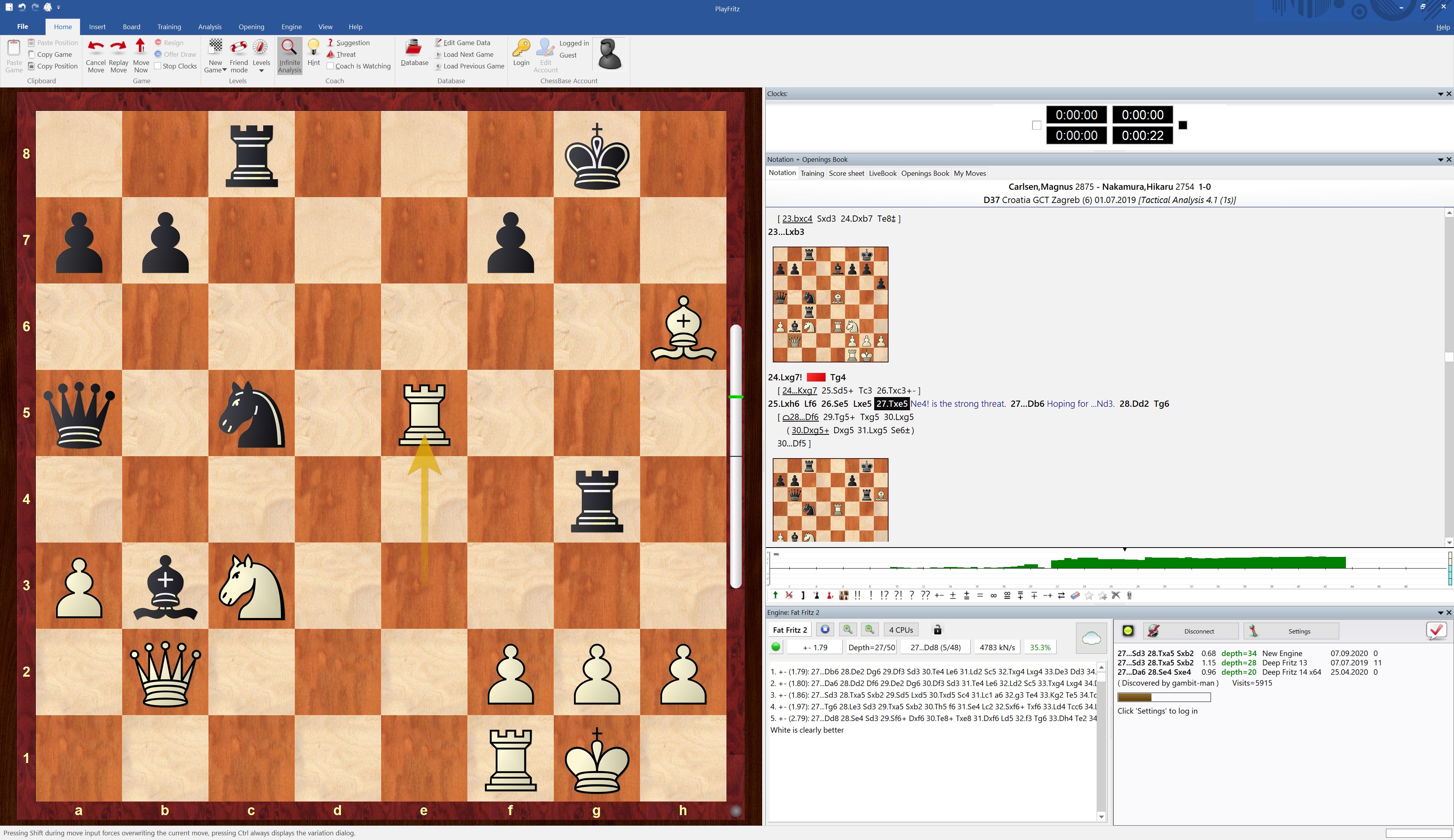 Fat Fritz 2.0 is trained on this NNUE technology and is based on Stockfish 12. However, it uses a completely new and different neural network that differs significantly from Stockfish in a few important ways:

The ratings and positions do not come from a brute force engine like Stockfish or Komodo, but from our original neural network Fat Fritz.

The neural network in Fat Fritz 2.0 is twice the size of Stockfish 12, using 512 neurons instead of 256. This makes it possible to double the knowledge and understanding.

But how does the use of the more powerful neural network, including a deeper knowledge of chess, affect in practice? In a large-scale comparative test of 1586 games (1 minute plus 1 second surcharge per move), Fat Fritz 2.0 is clearly ahead of Stockfish 12 and exceeds the previous top engine by almost 50 Elo points. 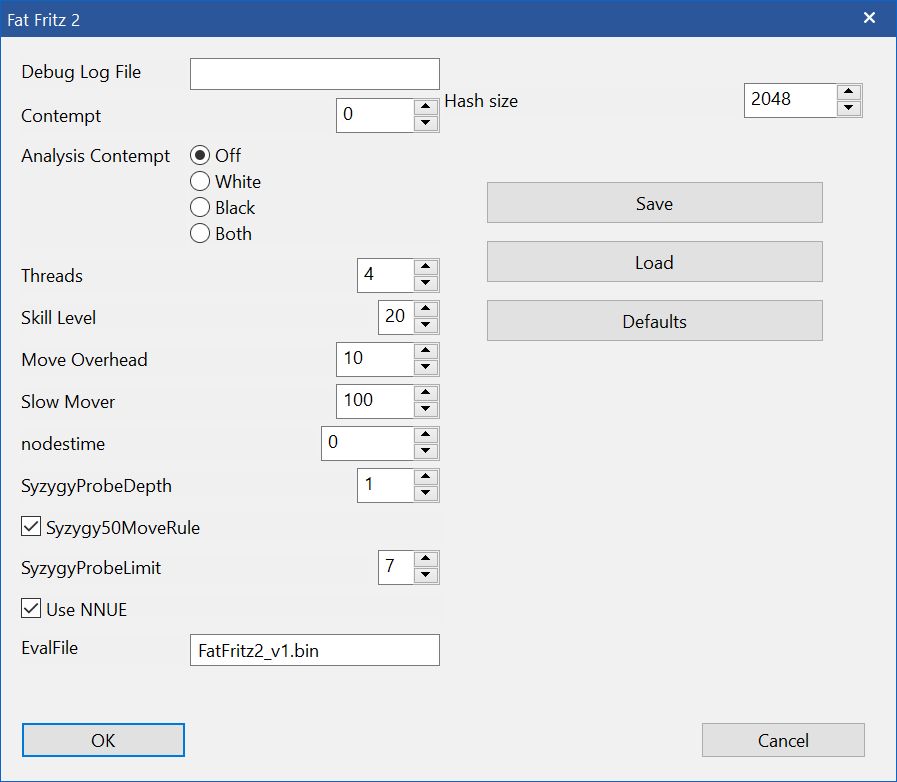 Fat Fritz 2.0 - everything you need to know at a glance

• Runs on any current Windows PC or laptop. Maximum performance regardless of the graphics card!