Why do school kids always use Comic Sans

Simon Garfield writes in his book "Just My Type" as an introduction to the history of the comic sans:

„... Even if you don't know what it's called - everyone recognizes Comic Sans. It looks like an eleven-year-old has written neatly and neatly: soft round letters, nothing unexpected. Shapes used in alphabet soup, for fridge magnets or Adrian Mole's secret diary. If you see a word anywhere where each letter is a different color, it's usually in Comic Sans.

Comic Sans is a font that was out of luck. It was designed by a very professional graphic designer with clear intentions and a solid philosophical foundation, and was deliberately released into the world.

Far be it from her to provoke disgust or hatred ... "

Comic Sans is the creator of Vincent Connare. He works for the software giant Microsoft. Connare was actually a photographer and painter by profession. At Microsoft, he had the job title of "typography engineer".

But how did the Comic Sans font come about?

A dog also plays a crucial role in a software package for children. Microsoft's Bob (the dog) and Times New Roman, a standard Microsoft font, don't work at all. And so, inspired by American comics from the 1950s, a friendly, funny children's font was created for the dog Bob. Connare's goal was to create soft, round letters without sharp edges. The result was the font or type Comic Sans.

The Bob software soon disappeared. From Windows 95 onwards, Comic Sans conquered the world as one of the standard fonts and is now ubiquitous.

But that was also where the "problems" began. The Comic Sans was not only used for funny children's birthday cards. They were also found in many contextual parts, such as in Times magazine or advertisements for Adidas shoes. Even textbooks were printed entirely in Comic Sans. In contrast, a strong lobby of Comic Sans haters emerged. This is shown e.g. B. on the website "Ban Comic Sans".

Vincent Connare was not happy with his Comic Sans. He showed, for example, that he is still a successful type designer. B. with the design and implementation of MS Trebuchet, one of the best standard fonts for websites.

Comic Sans or not. The same applies here as everywhere. It's great where it fits. Where it doesn't fit, it's actually just embarrassing (see example images).

To conclude the story of Comic Sans, a joke from Simon Garfield's book (mostly only people interested in writing understand, but it's good!) 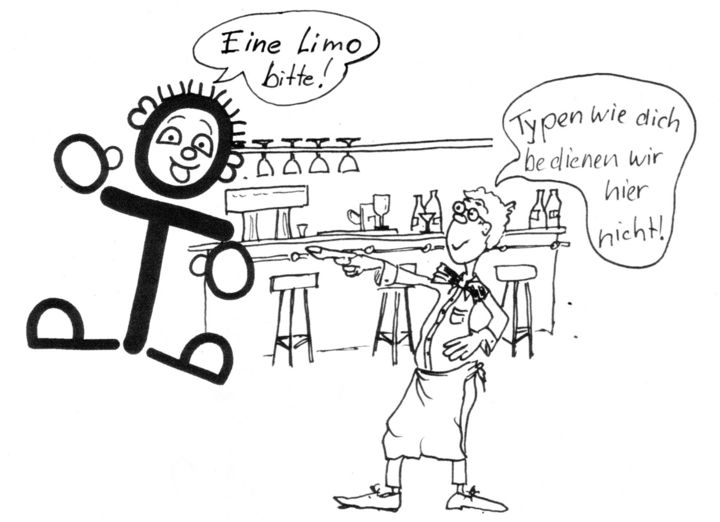 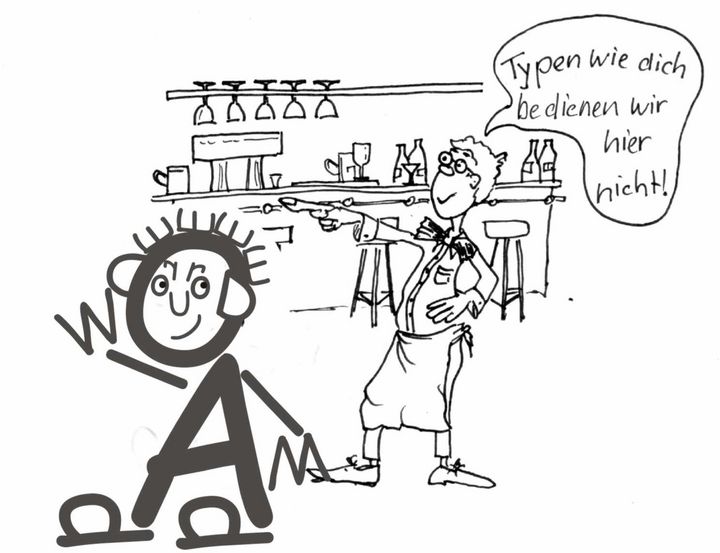