What does zero mean?

Old acquaintances in a new light

Numbers with commas! You already know them from prices.

In the advertisement, 1.5 kg of potatoes are said to cost 1.59 euros, which corresponds to a price of 1.06 euros per kg. 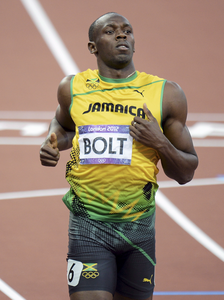 Mathematicians would grumble about this notation "1 kg = 1.06". That = is wrong here.

Floating numbers are usually not natural numbers, but fractions. 1.5 is between 1 and 2. The whole is before the comma (1), the part of the whole after the comma (0.5).

You expand the value board to the right.

The comma is to the right of the units digit, the decimal point is followed by tenths, hundredths and thousandths.

Create a place value board 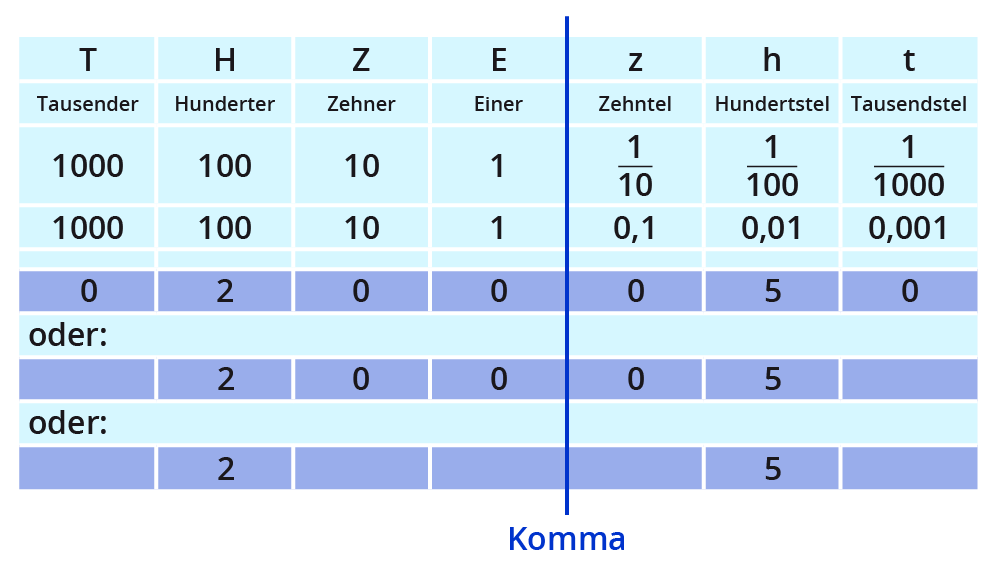 Spelling with fractions of ten

This is how you can "translate" decimal fractions:

With point numbers, you read the digits to the right of the point from left to right, without the names of the place values.

A place value system does not work without the number zero.

The zero in the place value system

In the case of decimal numbers, the comma indicates the position of the units digit. The comma is always to the right of the units, before the tenths.

For example, if you have 1T (ausender) and 1 z (tenth), there are zeros in all places between these positions.

The comma in a decimal number determines the place values ​​of the digits.

There are 2 kinds of zeros in decimal fractions:

Other countries other manners

If you use a calculator, so be it. To type a comma, use this key with the period.

In your exercise book you write the decimal fractions with commas.

You may know dots in numbers from large numbers. To make it easier to read, you might write periods between groups of three digits: 1,234,567. It is better to leave small spaces in place of the dots: 1 234 567 so that you don't get confused with decimal points or commas.