Can tampons clog a gunshot wound?

Gunshot wounds are known to be not uncommon in the United States. A new type of bandage has now been approved for civilian use, which was originally developed for the military and for the rapid treatment of gunshot wounds from rifles and shrapnel. Read here what XSTAT 30 can do. 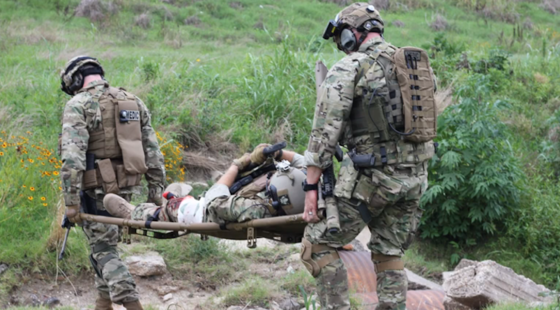 The new bandage called XSTAT 30, in which mini sponges are applied to larger open wounds to stop the bleeding, was previously only allowed to be used by the military. The US Food and Drug Administration FDA has now approved the product for the American market.

XSTAT 30 are tiny cellulose sponges. They are manufactured by the US company RevMedx. The product is intended to save the wounded from bleeding to death quickly. To do this, the sponges are inserted into deep, heavily bleeding wounds, where they swell up and seal them. Once the bleeding has stopped, the rescue workers should have up to four hours to provide surgical help. 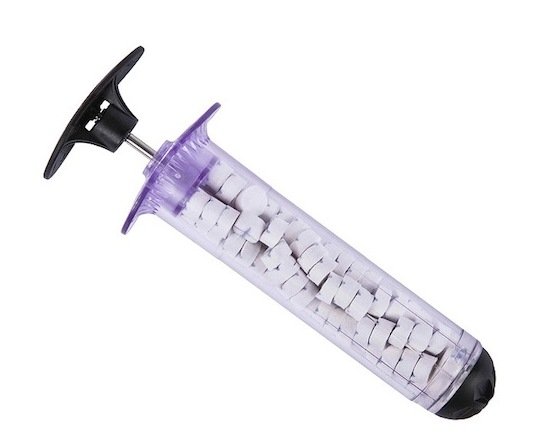 XSTAT 30: There are 92 compressed cellulose sponges in each “syringe”.

According to the United States Army Institute of Surgical Research, 30 to 40% of fatal injury victims die from bleeding to death - 33 to 56% of them before they reach hospital. Stopping heavy bleeding within a few minutes will prevent shock and save lives.

XSTAT 30 is now to be used in the USA to treat bleeding wounds in areas of the body where a pressure bandage cannot be applied, such as in the groin or in the armpit area.

The now freely available pack contains up to three syringe-like applicators, each with 92 pressed cellulose sponges. The mini tampons in an applicator can collectively absorb about half a liter of blood. 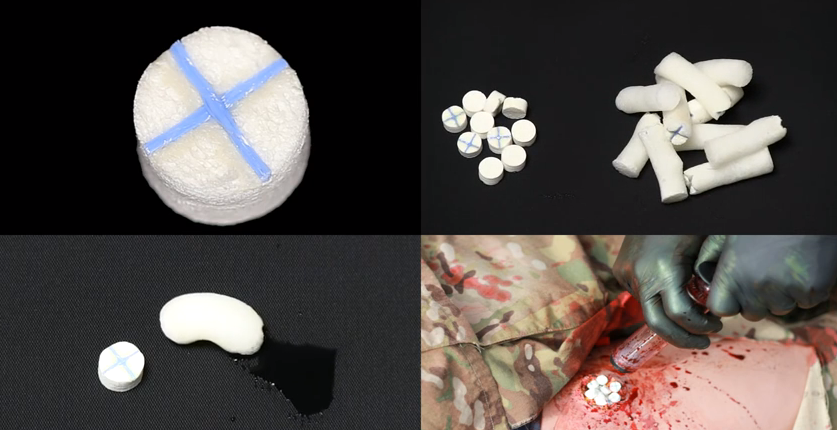 The small sponges are inserted into deep, heavily bleeding wounds, where they swell and close them.

A video from the manufacturer showing how to use the product in military use shows how the applicator is inserted deeply into a heavily bleeding gunshot wound in the thigh of a soldier and how the sponges are pushed into the bullet hole. There they swell in the spirit of the inventor, clog the wound and squeeze off injured arteries. Otherwise, blood can seep out of them so quickly that the injured person will bleed to death within a short time.

Irritating is the manufacturer's advice that the product has not been tested for use on extremities - even though the film shows this. The procedure should expressly not be used in specific regions of the chest and abdomen, in specific areas of the groin and in the tissue above the collarbones. 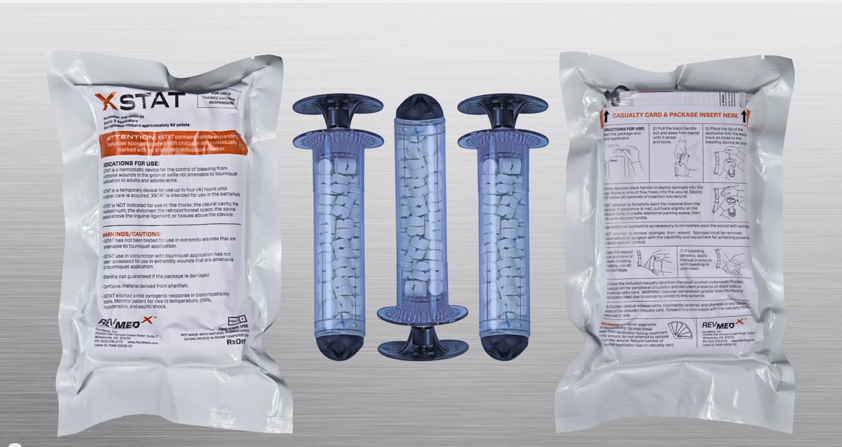 A freely available pack of XSTAT 30 contains up to three syringe-like applicators, each with 92 pressed cellulose sponges.

Almost 36,000 people were killed in traffic accidents in the United States in 2013 - and almost as many, around 34,000, from gunshot wounds. Perhaps that is why American researchers have already developed a biopolymer foam that is supposed to simply stop large bleeding. More information here.