The burqa is Arabic culture

There is currently a lot of talk about the different forms of feminine Islamic veiling: Burqa and nikab, hijab and chador are still a book with seven seals for many.

The debate about bans on veils has been going on in Europe for years, and several states passed corresponding laws, for example France five years ago. Many human rights activists and politicians in Western countries consider the full veil to be a form of oppression of women. Others such as Amnesty International have firmly spoken out against a ban.

What is haunted by the media as a burqa ban has now also reached Austrian domestic politics. The burqa is a piece of clothing that you rarely see in this country. Much more common are other forms of concealment by conservative Muslim women. 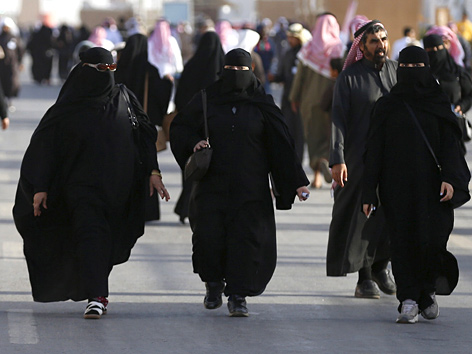 Women in Nikabs in Saudi Arabia

In addition to the comparatively familiar headscarf (or hijab), which covers the head, neck and neckline, there are various forms of full-body veiling. A full-body veil, which covers the face as well as the entire body, is the strictest form of veiling the female body. It comes from the states of the Arabian Peninsula or Afghanistan, but full-body veils are also increasingly worn in countries in the Middle East such as Jordan, Egypt and Syria.

Graduations of the concealment

Migrants and tourists from these regions can now be seen wearing this clothing more often in Europe. Muslim women of Arab origin reach for the Nikab. The nikab is a face veil that is worn in addition to a long robe (abaja) plus a headscarf (hijab). The Nikab covers the whole face, is mostly black and only leaves a narrow viewing slit free. Some particularly conservative Muslim women also cover their eyes with a thin black veil. 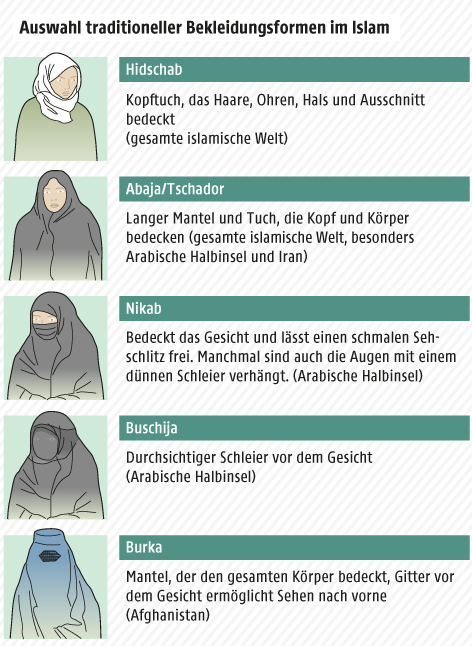 The burqa comes from Afghanistan and is also worn in a modified form in parts of Pakistan. It is a wide garment that is pulled over the head and completely covers the woman up to the tips of her toes. At the top of the head it is sewn into a kind of cap, from which the sack-like garment falls down. The eyes are hidden behind a fine-meshed grille. The burqa is often blue, but it comes in different colors. Unlike the nikab or hijab, the burqa does not have to be attached with pins or ribbons.

In the Arab Gulf States, on the other hand, a face mask made of leather or metal that covers the nose and mouth is known as a burqa. In Saudi Arabia, wearing an abaya and a hijab is a legal requirement; wearing a nikab is not mandatory. However, women who reject the face veil run the risk of conflict with family or the religious police in some particularly conservative regions.

The chador is mostly worn in Iran, it is a large, mostly black, semicircular shawl that is pulled over normal clothing, covers the head and body and should also completely hide the hair. It is considered a sign of great piety. Women in Iran have to wear some form of veil, many are content with hijab and abaya or some other form of covering. A bushija is a kind of slightly transparent full-body coat that has no viewing slit. In addition, as with the Nikab, gloves are often worn. It occurs in the Arab region. 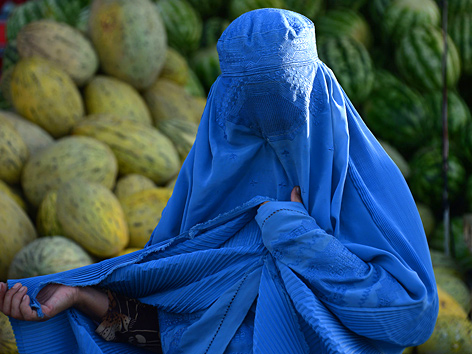 Woman in burqa in a market in Herat, Afghanistan

The term chimar denotes a piece of clothing that covers the head. A jilbab is a certain type of veiled dress or cloak with the purpose of hiding the wearer from view - the face remains free in the chimar and jilbab. All these robes are basically available in all colors, they can also be lavishly decorated. There are also many mixed forms and regional peculiarities.

Koran: Full veiling is not required

In the Qur'an, the veiling of the face is not explicitly required, even if some people derive it from it. Verses about the covering of the female body are interpreted very differently by the followers of the various legal schools of Islam around the world. In sura 33, verse 59 it says: “O Prophet, tell your wives and your daughters and the wives of believers to pull down some of their robes over themselves. That is more suitable that they are recognized (as respectable women, note) and so not bothered (...) " 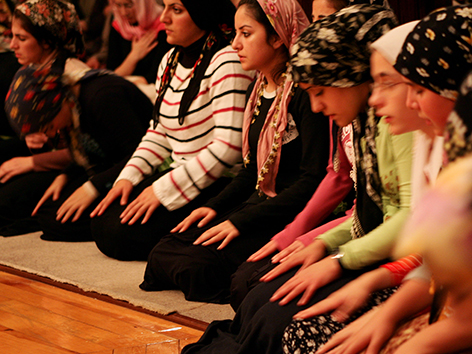 Alevis wear the headscarf tied behind the neck

Sura 24, verse 31 is also often quoted in this context, where it says: "And say to believing women, they should lower their gaze and keep their shame, their jewelry (is also equated with" charms "or with the parts of the body on which jewelry is worn, note) do not show openly, with the exception of what is otherwise visible. They should put their veil on the neck of their dress and not show their jewelry openly, except for their spouses, their fathers, the fathers of their husbands, their sons, the sons of their husbands, their brothers, the sons of their brothers and the sons of their sisters, their wives, those who have their right hand, the male followers who no longer have an urge, the children who ignore the nakedness of women (...) "

And some do not disguise themselves at all

The whole body or face covering has its origin in the Bedouin culture on the Arabian Peninsula, where veils were used as protection against sun, wind and sand - for women and men alike. The abaya is still worn by men, so strictly speaking it is not a "veiled garment" for women.

With another form of the headscarf, the scarf is tied at the neck. For example, it is worn by many Kurds and Alevites; it does not completely cover their hair, nor does it cover the ears and neck. However, many Muslim women go completely "uncovered".