Where can we see microbes

Forget everything you've learned about light microscopes! This or something like that could be the headline for this year's Nobel Prize in Chemistry. The three winners, two Americans and one German, turned the conventions on their head.

Even in school, children learned the main principle of optical microscopy: When looking through the lens, you can't see anything smaller than 200 nanometers, i.e. two hundred millionths of a millimeter. The outline of a large bacterium or a human cell could be seen, but not the small structures in the cells. Viruses were also not visible, not to mention individual molecules.

That is different today - also thanks to the work of Eric Betzig from the Howard Hughes Medical Institute in Ashburn, USA, Stefan Hell from the Max Planck Institute for Biophysical Chemistry in Göttingen and William Moerner from Stanford University in the USA.

The three researchers received the Nobel Prize in Chemistry "for the development of high-resolution fluorescence microscopy". 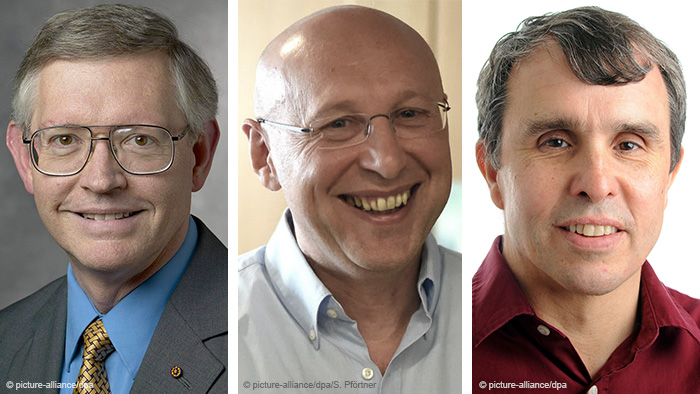 Big surprise - but only for the winners themselves

"I was totally surprised," said Stefan Hell after the Nobel Prize was announced at the beginning of October. He couldn't believe it until he recognized the voice of Staffan Normark. The member of the Nobel Prize Committee brought the good news to Hell over the phone.

Michael Boersch, Professor of Microscopy Methodology at the University Hospital in Jena, worked as a visiting professor at Stanford University with William E. Moerner in 2012. "Moerner was the first to be able to measure a single molecule in absorption," Boersch told DW. "So it's not very surprising that he'll get a Nobel Prize at some point. He was the Candidate for a Nobel Prize in Chemistry. "

It's all about fluorescence

"A fundamental law that had been in force for 150 years has been overturned," said Volker Westphal, a colleague of Stefan Hell at the Max Planck Institute, in an interview with DW.

Stefan Hell says he didn't believe in the 200 nanometer limit of optical microscopy. "I couldn't see any chemical reason why you couldn't see smaller things," says Hell. "I realized that there has to be a way to play with the molecules and turn them on and off."

The researcher combined the cells he wanted to look at with fluorescent dyes. These dyes can be switched on and off, so to speak: They are put into higher energy states by light and other radiation. When the substance returns to its normal state, it emits light - the dye glows. 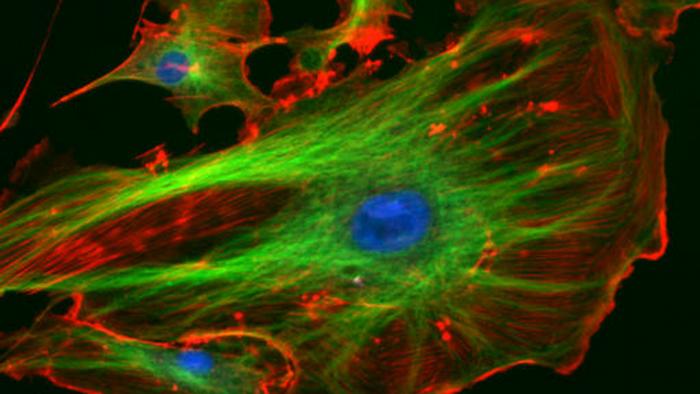 A cell under the fluorescence microscope

Hell developed a special microscopy method that works with two laser beams. One stimulates the dye molecules so that they glow. The second laser beam switches the light off again - but not in areas of just a few nanometers. In this way, Hell received images with a resolution that was much better than anything that would have been possible with a normal microscope.

William Moerner and Eric Betzig worked separately on a second method: single-molecule microscopy. Here, too, fluorescence and the ability to switch individual molecules on and off play a decisive role. The two Nobel Prize winners made it possible to see individual molecules under a microscope.

"Moerner was one of the first to be able to detect individual dye molecules that are about a nanometer in size, in fact in the early 1990s," said Michael Boersch, Moerner's former colleague. 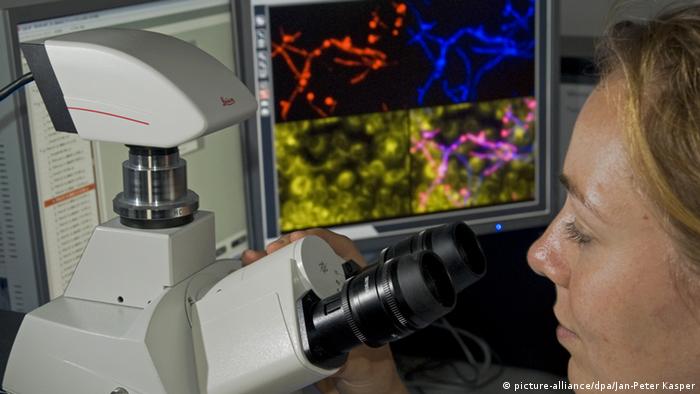 Researchers around the world use fluorescence microscopes to look inside cells.

Living things under the microscope

There is one thing that makes the discovery of the three winners particularly interesting for other areas of research, says Sven Lidin of the Nobel Prize Committee. Although it is already possible to see very small organisms - such as cell structures, viruses and individual molecules - with an electron microscope, this method only works if the material being examined, for example tissue, is dead.

"Now we can study E. coli bacteria without killing them, without fixing them," says Lidin. "We can examine them in real time."

Ottmar Wiestler, chairman and scientific member of the foundation board of the German Cancer Research Center, also says that this is the decisive advantage of the method. "We can examine living cancer cells and see how they react to different cancer drugs," he told DW. Observing how cancer cells change their structure when they come into contact with different substances can help in the development of new drugs, said Wiestler. "We can also examine synapses of living neurons and observe the interaction of viruses and cells."

Another example of the application of this discovery is AIDS research: Scientists use the technology to examine the HIV virus and its surface more closely. The wide range of applications and the great benefits that the new examination method brings make it so worthy of a Nobel Prize.