Should I choose Maruti Suzuki Baleno?

Now I am entering completely new territory. I'm telling you about cars. The background to this, I am looking for a new vehicle to accompany me from next summer. My little twink will then be 8 years old. The first symptoms of old age have set in in the last few months. New battery, brakes, lights and so on. Nothing great, but you can tell that the Chevrolet Aveo is mutating into a little piggy bank. I've been grappling with buying a new car for some time and I'm pretty haphazard. It was all very different in the past, and above all, my financial resources at the time allowed a completely different scope. That's how I drove a Porsche convertible for a long time. As the family grew, so did the demands. The Mercedes station wagon became a Grand Voyager. And in between there were countless other wheeled vehicles. For a while, because of my cancer, I was also without a car, as I couldn't drive at all and only very rarely left the house. Fortunately, that's over and the demands on a car have changed a lot.

WHY A NEW CAR

Today I neither need a crisp sports car with several 100 hp, nor a load donkey that has to drag countless children with accessories, and a limousine no longer fits into my concept. I take the bus a lot in the city and I travel even more on foot. Mainly, I need a car in the city center for larger purchases, in order to get to places that are otherwise difficult to reach or when you are out and about outside of public transport hours. I prefer to use a car when I am traveling around the surrounding area.
When I travel alone, it is usually by train, rarely by plane and, on long journeys, actually no longer by car, at least not with the existing one. With a slightly larger car than the little Aveo, I would drive longer distances that you might not be able to reach by train.

That means I try to do without a car as much as possible. That's why I'm looking for a compact, handy small car or a model of the lower middle class that is ecologically justifiable for me and financially does not burden my pension, which is not exactly high, too much. Certain amenities should also be given. Air conditioning would be such a keyword. Engine power doesn't really matter to me, but if I could overtake a truck on the autobahn with little effort, that would be good. 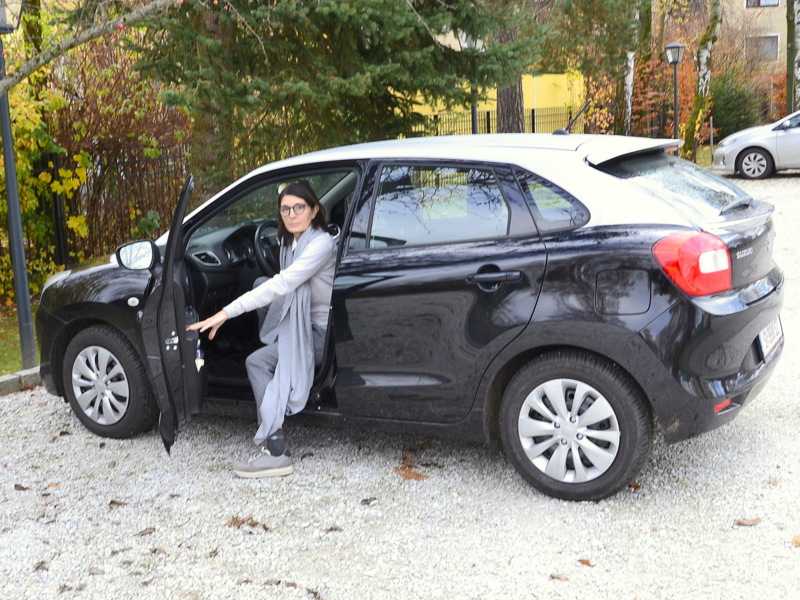 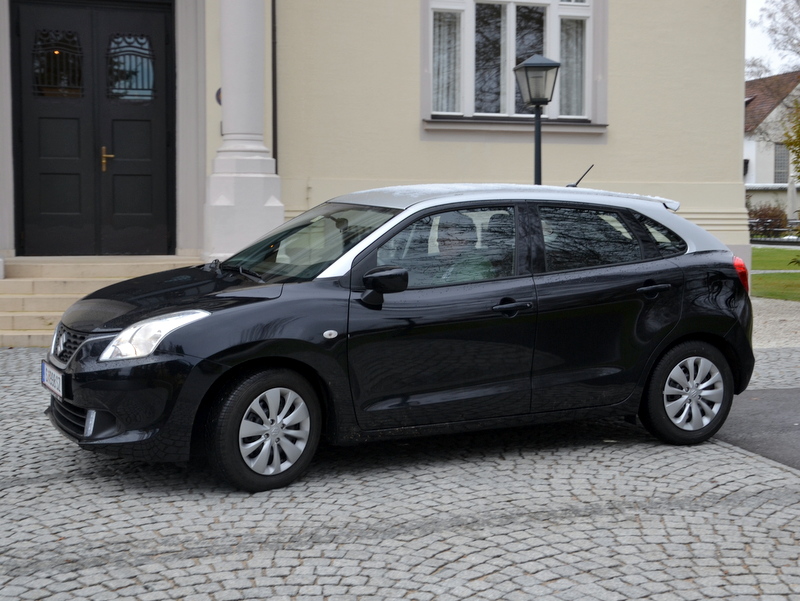 FOUR DAYS WITH THE SUZUKI BALENO

I made the acquaintance of Suzuki Austria at a blogger event in Salzburg. And at this event, the idea came up to start a whole blog series from the planned car purchase, which should also make my decision easier. I am also of the opinion that women my age have different demands than men of the same age and, above all, as younger people who are in different living conditions.
So in the coming months I would like to test more cars that fit my ideas, which I have not yet clearly defined.
A start is now also made Suzuki Baleno 1.2 DJ 5DR CVT clear, short Baleno called. He has now accompanied me on a short trip to the Styrian Murtal for a few days. The weather couldn't have been better for a car test or worse for a vacation. At the beginning of November. Cold, damp, snowy road, alternating with heavy rain. Not really ideal driving conditions, so to speak. The stay in the Steirerschlössl as part of the Spielberg project, however, made me very reconciled and at the latest on the return trip he was able to Baleno show its values ​​on a long drive. And they are flawless. 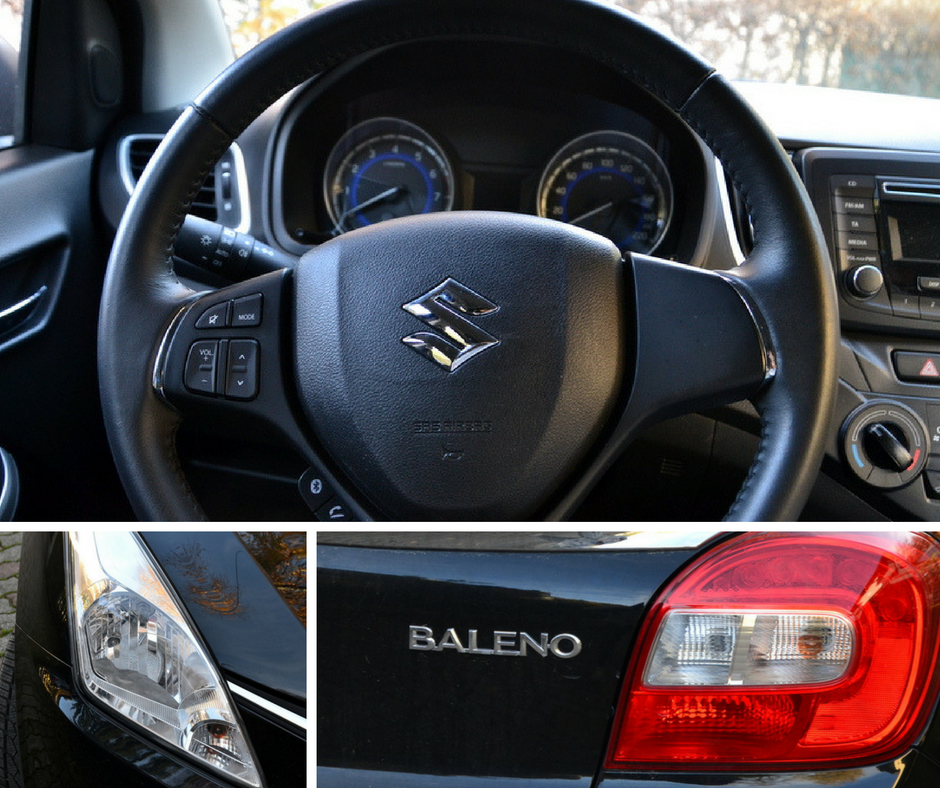 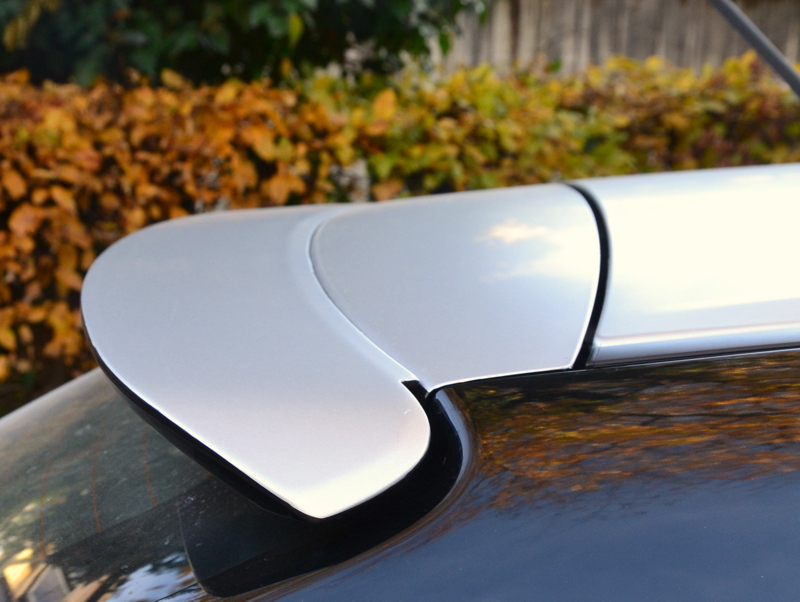 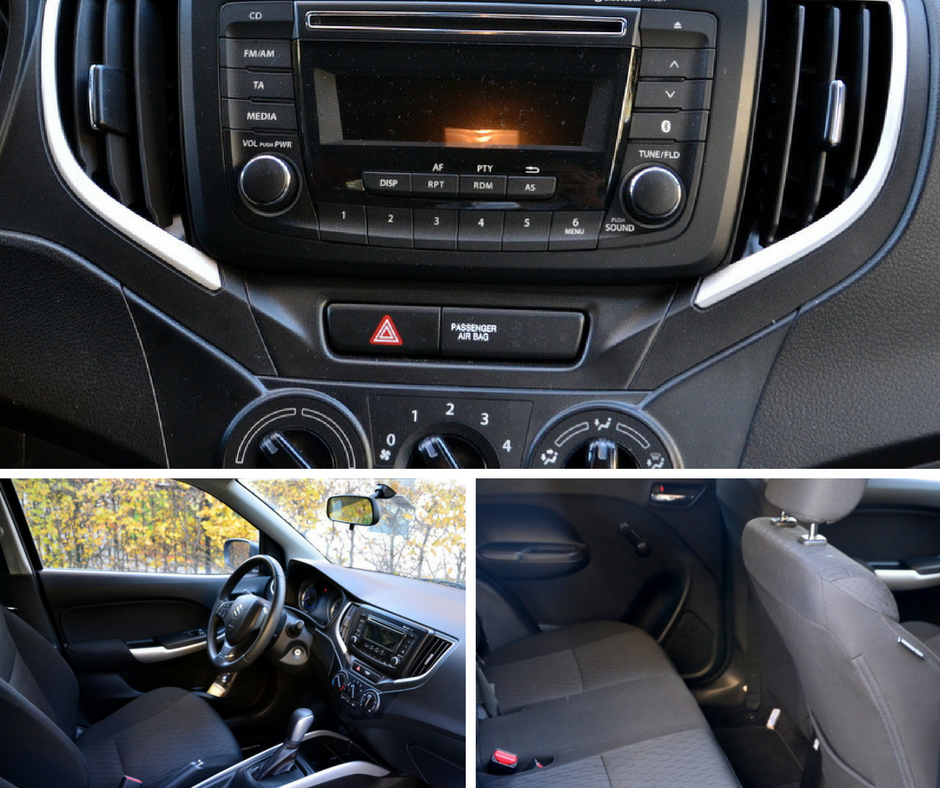 THE SUZUKI BALENO FITS WOMEN 50PLUS

As already mentioned, I don't really have a thing for technical details. Information on how much horsepower or which fuel is important to me, most of what interests me is consumption and, ultimately, economy. And the Baleno delivered very good values ​​for me in the few days. The car weighs less than a ton, is still very stable and lies very well on the road even at higher speeds and poor road conditions. The low weight ensures low consumption. According to the dealer, 4.2 liters per 100 km and I would certainly confirm that.

The Baleno is agile and also very handy when parking maneuvers. In city traffic, size is an advantage. After a 300 km drive on the autobahn, we got out of the car fairly relaxed, which is due to the comfort of the seat. I was surprised by the spacious interior. Not important to me, but still worth mentioning is the large legroom in the rear. Even when the front seats are pushed back all the way, there is still space like in a limousine.
The trunk is more than sufficient and the removable intermediate plate expands the cavity a lot. The only small drawback, the opening of the tailgate is relatively high, which makes it difficult to lift a crate of beer or a heavy suitcase. I was informed of this at the handover. Although that doesn't really affect me personally, because I need a helper for heavy objects anyway. Ultimately, however, there is still the wide back seat as a storage area if you really have difficulties with loading.

What really caught my eye is the great basic equipment. There are lots of little tools that wouldn't be missing, but which make you happy because they are there. For example, after getting out in the dark, you can still let the light glow. Guide me, Suzuki calls this function. Heated seats in the front, air conditioning with pollen filter, heated exterior mirrors, height-adjustable leather steering wheel, sun visors with make-up mirror, center console with storage space, radio with Bluetooth and remote control on the steering wheel. I remember all these gadgets. There are probably many more.
My Baleno Incidentally, had an automatic transmission. Personally, I really like that in the city.
The only special equipment on the model I tested was the special paintwork with the brisk silver-colored roof. Very smart, I say there.
My conclusion: a very attractive vehicle that meets my expectations across the board. The design is also entirely on my wavelength and in no way seems boring. The car in the version I drive costs from € 15,690 in Austria. The Baleno is available in Austria from € 13,690.

In friendly cooperation with Suzuki Austria. The car was made available to me free of charge. The content of the article corresponds to my personal opinion without exception.