Many long-distance migrants such as the reed warbler and Fitis, who breed here, come from mid-April and leave us at the end of August at the latest. 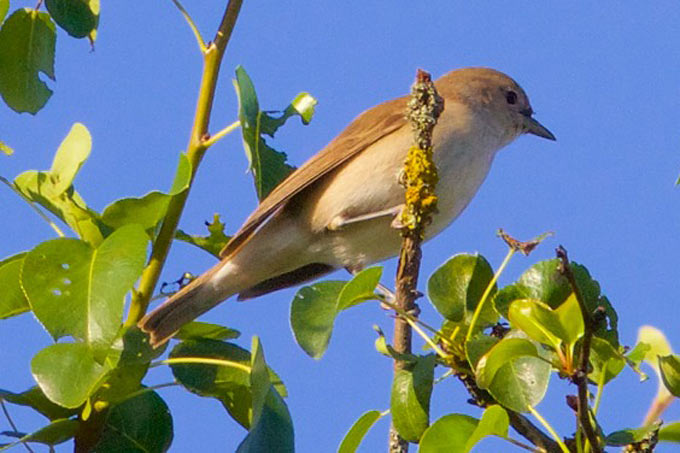 5th August 2019 When you think of migratory birds, you often see large flocks of starlings or swallows. They set out south together in late summer and early autumn. Bird migration is not always as spectacular as when cranes, storks or geese move majestically across the sky in formation. “The majority of our migratory birds fly alone and get up and away unnoticed. The long-distance migrants who overwinter in Africa started heading south in mid-July - secretly, quietly and quietly. The layman hardly notices it, ”says ornithologist Jost Einstein. This is because the birds stop singing at the end of the breeding season. “If she suddenly disappears, it won't be noticed. In the spring, the returnees then loudly draw attention to themselves on the bride's show, ”explains the head of the NABU Federsee Center.

Long way, short visit
Those who have a particularly long way can often only linger for a short while: "Many long-distance migrants such as the reed warbler and Fitis that breed here come from mid-April and leave us again at the latest by the end of August," says the bird connoisseur. The center of her life is in Africa, south of the equator. A particularly short guest is the marsh warbler, who only comes to us in mid-May and leaves again after 55 to 60 days. “Common swifts, which are slightly larger than the house martin and barn swallow, mostly disappear punctually on July 31st. They are starting their 10,000-kilometer journey to southern Africa. You could almost put the calendar according to them. "

Local berry bushes as fodder
A large proportion of the songbirds do not need thermals to fly. They migrate alone and at night, such as the warblers, reed warblers, warblers, brown and bluethroats and many others. The cuckoo has also already taken off. These birds are only noticed when they are resting on their flight and looking for food: “Resting songbirds often pluck the ripe berries of bushes such as elderberry or dogwood. With it they eat bacon for the grueling, long train. "If you integrate local berry bushes into your garden, you set the table for birds and you can perhaps look forward to a stopover from a rare guest from Scandinavia or Eastern Europe," says Einstein.
With a bit of luck you can hear the flight calls of wading birds such as sandpipers, wood sandpipers or greenshanks along rivers. They leave their breeding areas on the northern edge of Europe in late summer and move across Baden-Württemberg on their way to south-western Europe or Africa.

Migratory birds - background:
• Cause: Not the cold, but the lack of food in the cold season ensures that the insectivores leave their breeding grounds to the south every year.
• Long journeys: around 80 of the 250 bird species breeding in Germany are long-distance migrants. These include redstart, cuckoo, barn swallow or white stork. Every year they set off for their winter quarters in Africa at the same time, sometimes covering well over 4,000 kilometers.
• Short trip: around 40 species of birds such as skylark, black redstart, robin, song thrush and starling are short-range migrants. You will set off later, depending on the weather. Your destinations are the warm winter of Western Europe (southern France and Spain) or the Mediterranean region.
• Compass in your head: On their journey, the birds orientate themselves by the position of the sun and the starry sky, but also by striking geographical guidelines such as rivers, seashores or mountains. A built-in magnetic compass shows you the way, especially in bad weather. On their journey, the migratory birds not only cover great distances, they also have to overcome numerous natural obstacles such as seas, mountains and vast desert areas.