What is the oxygenated blood

Body and pulmonary circulation: Pathways and functions of blood circulation

It is vital that the blood flow and not stand still. It transports the oxygen from the air we breathe in to all cells in the human body. This flow of blood through the arteries, capillaries and veins is driven by the heart's pumping function. One vascular system allows blood to circulate through the lungs for gas exchange, while the other blood vessels supply the rest of the body.

1. Two systems can be distinguished in the circulation: pulmonary and body circulation 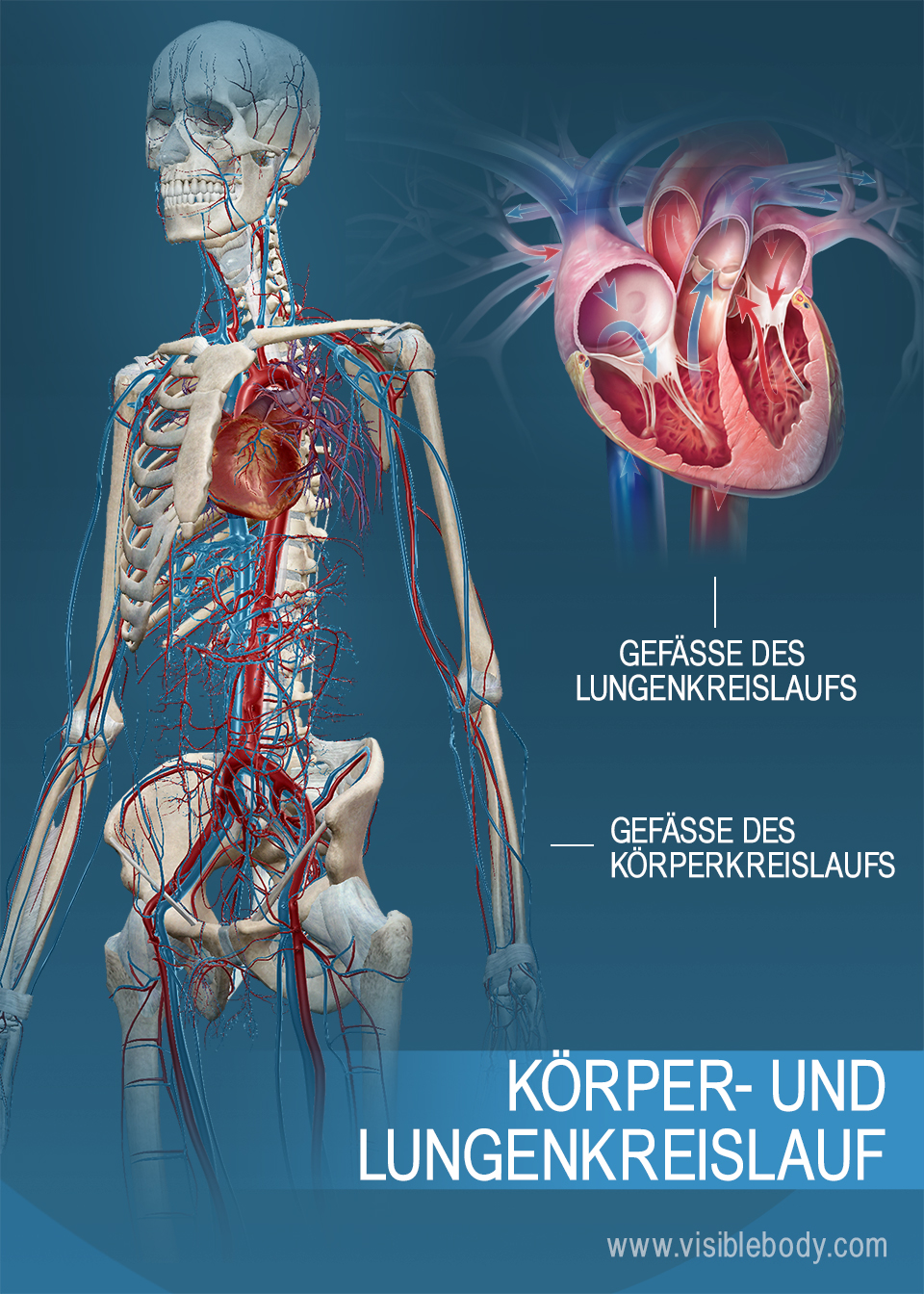 2. The motor for both cycles is the heart

The heart pumps the oxygen-rich blood from the left ventricle into the aorta, where it begins its way through the body's circulation. After the blood has supplied all the body cells with oxygen and nutrients, it returns to the right atrium with a low level of oxygen. From there, the deoxygenated blood shoots into the right ventricle. The heart pumps the blood from the right ventricle into the pulmonary arteries, where it enters the small circulation. The blood flows through the lungs, exchanges the carbon dioxide for the oxygen and returns to the left atrium. The oxygen-rich blood now shoots from the left atrium into the left chamber below, in order to flow again through the body's circulation.

3. The body and pulmonary circulation work hand in hand 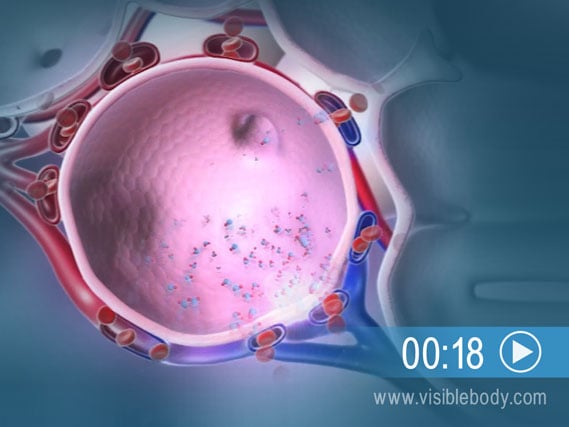 4. The small or pulmonary circulation only transports blood between the heart and lungs 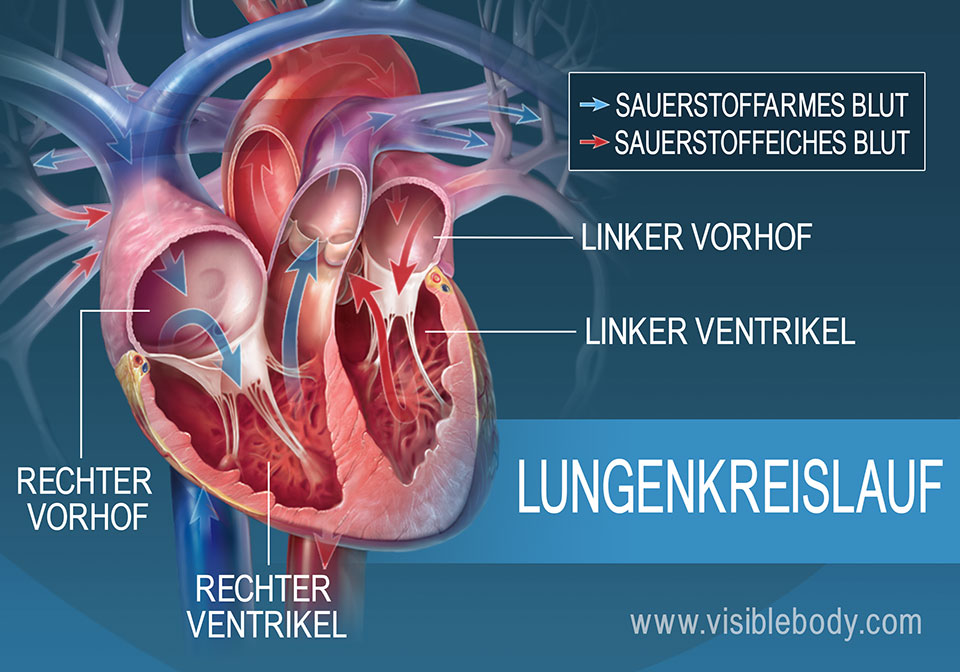 In the great or body circuit, the oxygen-rich blood is pumped from the left ventricle into the larger body artery, the aorta. The blood flows from the aorta through ever smaller arteries into the arterioles and ultimately into the capillary bed that supplies the body tissues. There the oxygen and nutrients are released and the carbon dioxide and other end products of metabolism are absorbed by the blood. The oxygen-poor blood flows from the capillary bed through the venules into the body veins. The body veins open into the upper or lower vena cava (v. Cava superior / inferior), the largest vein in the human body. The two vena cava collect the deoxygenated blood and lead it to the right atrium.