How do you connect with a girl 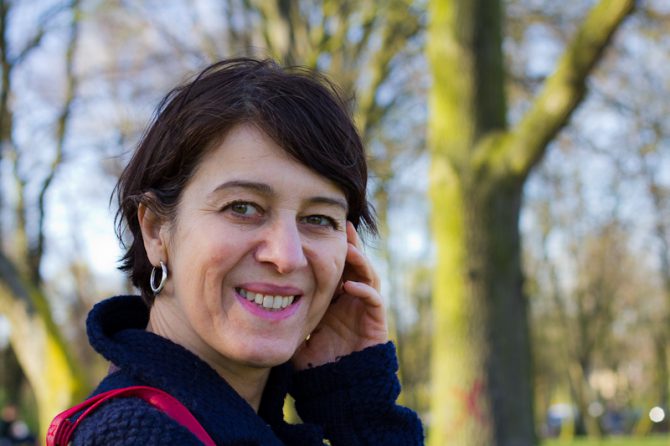 Carmen G. was one year when her parents moved from Naples to Opladen. Today the qualified social worker and qualified pedagogue lives in Cologne and works with minor refugees in the city. Carmen's answers show how simple our prejudices about certain nationalities are sometimes and how girls sometimes have to manage a special balancing act between the culture of their parents and that of their other environment. Have fun while reading!

How would you describe your attitude towards identity or identities? Has it changed in the course of your life?

Identity is of course an important issue. It is your feeling and your relationship to yourself, your identity makes you very individual. The question of my identity became superfluous at some point. Today the German, but of course also the Italian part belongs to me. My feeling tells me that the things that I experience and do with my senses, for example cooking, playing the accordion, the interest in acting and theater, is my Italian soul, while the work, my everyday structure, my reason and reliability is my German Side is. I can live with that very well. 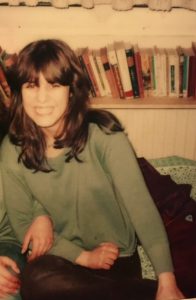 I was born in 1963 and grew up in the 1960s and 1970s. At that time the first so-called guest workers came to the FRG, but in Opladen, where we lived after moving from Italy, they didn't exist yet, at least I didn't notice them. Back then, the time was still characterized by traditional German bourgeoisie. The mothers were mostly at home, the fathers went to work. It was very different for us even then: my father worked as a tailor at home, my mother went to work all day. We also cooked and ate differently. My father cooked with oil and garlic and we ate warm and always long in the evenings. This was not common in those days and there was trouble with a neighbor because of the garlic smell in the stairwell. Later we moved out because of the neighbor.

Did you move often? In which countries and in which places did you live?

No, I have been living in Cologne since I was eight years old. After finishing school I lived in Perugia in Italy for nine months.

Is there a phase in your life in which you had to change a lot because suddenly everything was different? What was the hard thing?

Even before puberty, I started to ignore and hide my Italian side, as I was repeatedly asked by children whether my father was a mafia boss. That was a difficult time for me, because I personally always liked this site, but at some point didn't want to show it anymore.

Please think about your primary school days. Which images, feelings and experiences from this time are present to you? What do you remember as particularly important from your youth? 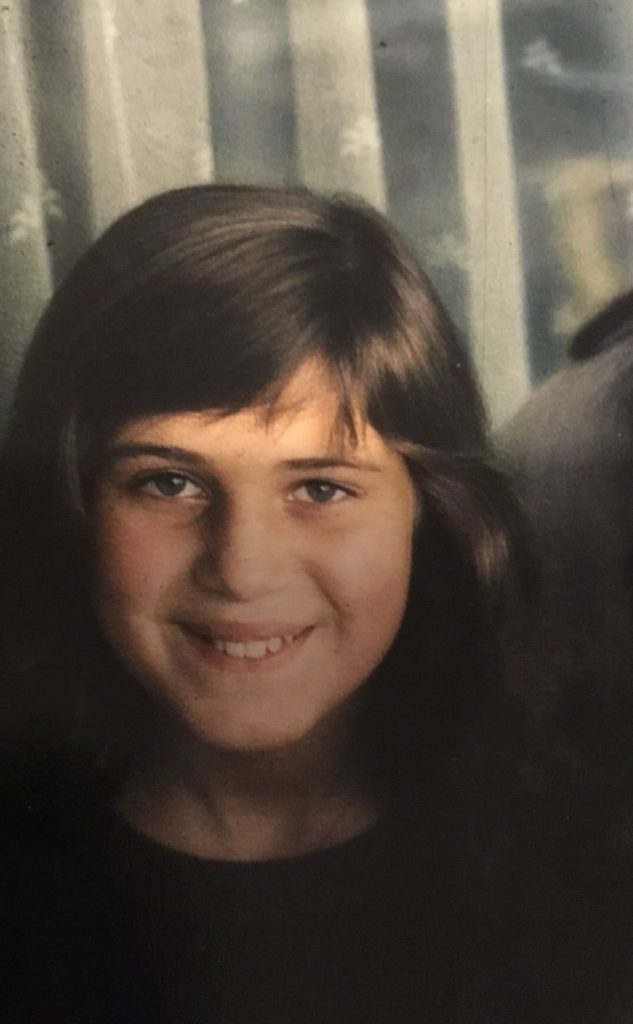 I think I was already grappling with my identity back then. As a child I often said that I was from Italy. Most of the time I was asked if my father was a mob boss, if I spoke Italian, if I planned to return to Italy later. These questions always came up. That always irritated me a lot, since I was basically only born in Italy and grew up in Germany. 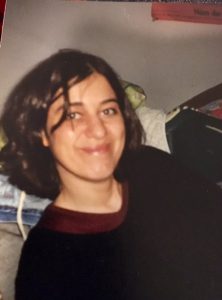 During my puberty I had to deal with the Italian part of my identity because my father suddenly became very strict with my sister and me and we were allowed to spend much less free time with friends than our German friends. During school trips, the headmaster and the class guardian chairman had to call my father and make a big promise that the boys and girls would have separate bedrooms. I was very embarrassed and found my father and his "stupid Italian" views just bad.

On the other hand, there was also the nice side. The good food, the great holidays in northern and southern Italy. The Italian music that we always played, my father's singing, his warmth and hospitality. So I was torn for a long time: Am I German, am I Italian? If so, what about me is German, what is Italian? And what do I want to show the others of myself?

What does home mean to you and where do you feel at home today? Which images, smells or feelings do you associate with the term home? 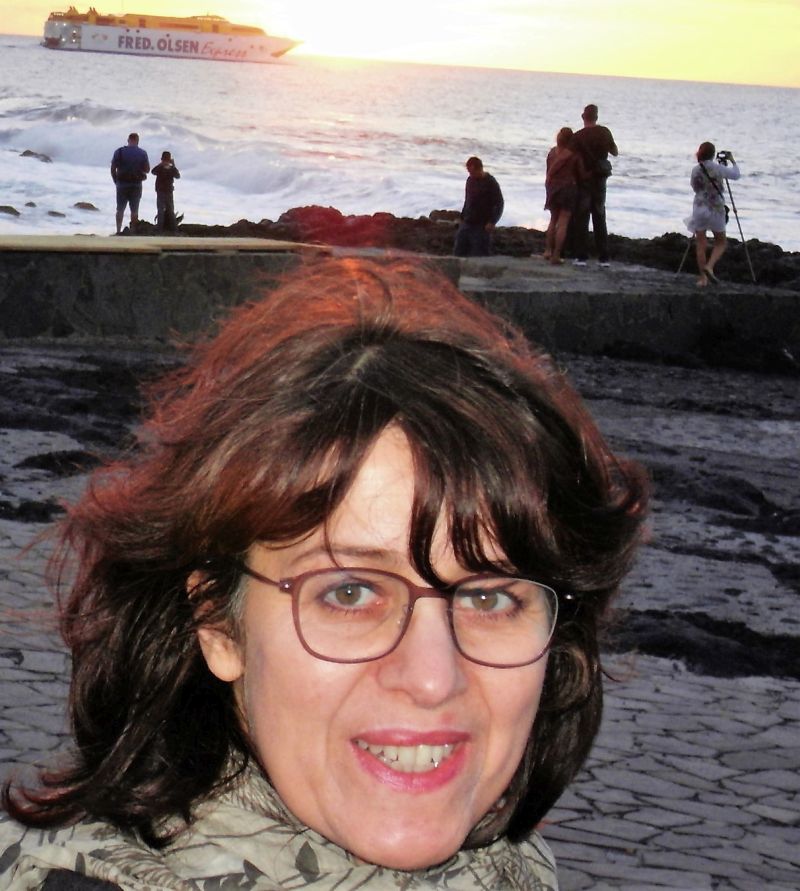 Today I feel at home in Cologne. But I also feel good in Mediterranean cities by the sea, for example Lisbon, Naples or Barcelona. As a child, we spent several weeks in Italy with relatives during the summer holidays. Later my parents had a holiday home near Barcelona, ​​and we were there very often. So these cities are very familiar to me.

Imagine you have to move to a distant city or even to another country. What three things do you absolutely need so that you can arrive at the new place?

The question “Where are you from?” Is an everyday subject of small talk in Germany. Any existing or missing dialect or accent, appearance and other characteristics become the cause of questions, sometimes out of curiosity, sometimes to talk about something other than the weather and sometimes burdened with prejudices and expectations. What do you think of the question and how do you deal with it when asked about your origins?

As a rule, I am not asked the question because I look more central European. Sometimes they ask me about my last name. Basically, I have nothing against the question and take it as an interest in me. If I feel interested, I am happy to pass on my knowledge of southern Italy and Naples.

Are there any questions other than origin that you feel asked every time you meet new people? Which ones and what do you do when you are annoyed by them?

Of course there are other questions as well. Nowadays it is always about the job, the work. It sucks if I am only defined by it, the conversations are limited and one-dimensional as a result. In my free time I also like to talk about other topics and I think there are more exciting things in the world.

Is there a belief that guides and accompanies you?

Rather not. If I had to decide, it would be the sentence: "Feelings are the compass in life".

What is the greatest challenge for you in our current society?

I am currently very concerned about the war in the Middle East and the dissolution or disintegration of this entire region. Certainly also due to my work, because I see the consequences of this war every day. I think it is very important that we here in Europe deal with the causes of this war, deal with how we deal with the consequences, that is, with the refugees and, in particular, do not lose humanity. I think that political peace work is definitely the order of the day.

If you had a free choice, where would you like to live?

In a Mediterranean city by the sea.

Thank you for the interview!

* The portrait in the cover was photographed by Sigi Lieb. All other photos were provided by Carmen G.